The Reason For The Repeater Shut Down of The Toronto CANADA.
HAM radio Encrypted Criminal Activity

HAM RADIO - The Reason For The Shut Down of The Toronto CANADA Repeaters.

This information highlights illegal And nefarious activities for many years in the Toronto area of Canada and the Criminal activity that is monitored.

This shared proof represents just a small span of 'criminal' time. All events have been collected from the active monitoring. It is intercepted 40-bit encrypted communication [a small span of time] of the 17abt years in Toronto by HAM Radio operators communicating on UHF Capacity Plus system frequencies illegally in Toronto on exploited Business Repeaters.

This is their initial voice traffic, recorded on Friday, November 3, 2017.

On DMR-MARC Canada wide, nefarious VA3HBO said "People who know me call me William" but this audio proves he was lying. Lying is a common theme with VA3HBO.

It is also clear from the audio that they're on a Capacity Plus system and that it's owned by 'the company name' and that they are exploiting it illegally.

On November 6, 2017, RadioReference user mbstone99 (aka Sushi) posted that he observed encrypted traffic on talkgroup 250 on 'the company name' Capacity Plus system. VE3DJZ was tasked with contacting Sushi ASAP


We hope these individuals may at some point consider contributing back to this wonderful hobby of HAM Radio instead of trying to illegally circumvent exploit public services and businesses in Southern Ontario of Canada.

However, if these individuals feel "I have no special talents. I am only passionately curious" quote-A.E. We hope the ramification of the criminal activities does not send them "a red-faced wepting" during a bail hearing.

Between Friday, November 3, 2017 and Tuesday, November 14, 2017, these hams transmitted illegally on 'the company name' UHF Capacity Plus system frequencies in Toronto : 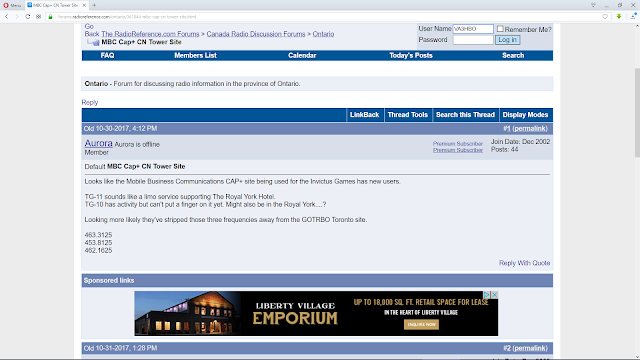 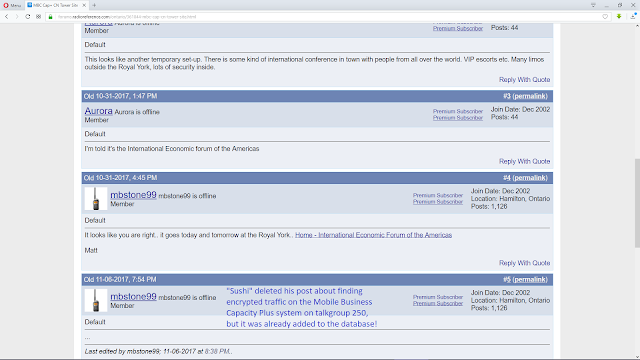 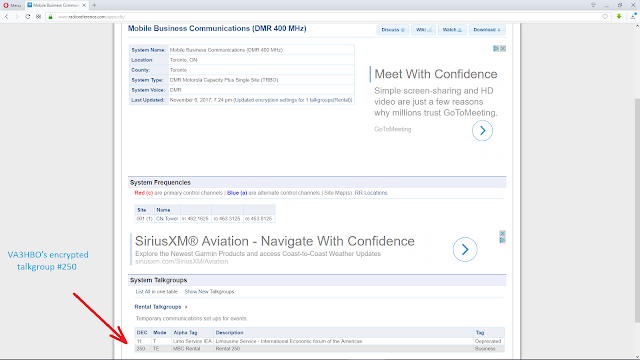 
Other criminal activity include / other data points :

Can you the reader do something - YES,   You can also report this !
thanks for making a difference !

This website is NOT operated by the claims of one person

Please ask for the ledger of anonymous author Sam##